Hello to the entire Darwinex community.

My name is Pedro J. Rascón. I recently opened my first darwinex (KBY). I am a Sociologist and MBA in Finance. More than ten years ago I stopped studying automated trading systems because I understood that the arithmetic basis on which they are based was not robust over time, causing performances to systematically fall due to over-optimization. After a lapse of 3 years I returned to resume everything from scratch and with totally different approaches and on another conceptual level.

80% of Traders lose money with their positions, according to the statistics that the brokers themselves publish. With that mathematical hope, it became necessary to design algorithms conceptually different from the traditional reactive-arithmetic system. Under this premise, for more than seven years, I have worked with different algorithms on a geometric basis; the first of which is already tested and available for use (KBY).

Kybalion (KBY) is an original algorithm semiautomatic based on geometry– non arithmetic- so it´s non -reactive but predictive of fractal formation. KBY uses fractal geometry vectors (to indicate estimated prices), fibonacci and universal constants -phi and aureus number- (to track the SL and TP) that are totally dynamic as fractals formed simultaneously. My goals are: Winrate 65% / 80%. Max. DD. 9% / 15%. Profit year 45% / 70%.

I look forward to your visit! Greetings to all and Good Luck.

Welcome to the community, and congratulations for your initial results.
Ambitious goals.
BTW, I’ve checked KBY maximum positive/negative excursion, and it called my attention that the negative excursion shows very uneven bars. It is normal for manual trading, but usually automatic traders show a softer graphic. Can you offer some kind of explanation about it? I am just curious about it (my knowledge about automatic systems is zero).

Hello Forexintradiadarwin.
Thank you very much for accepting my invitation to visit the KBY strategy.
As for your comment on the outlook on results, it may seem ambitious, but my projections are always giving me that results fork and in fact, the evolution of KBY (for now) is confirming these projections … (although if they are, finally, somewhat inferior; I wouldn’t mind either,

Turning to your interesting question, I will tell you that the Kybalíon algorithm is semi-automatic (as I indicate in its presentation) in the sense that it is based on geometric indicators and measurements of Fibo, Phi and Golden number; orders are executed manually and at a time frame of 15 minutes. Orders are not executed by an EA. Hence, the excursion (positive and negative) are usually higher -as you very well indicate-.

Thank you again, and do not hesitate to ask any questions you may have about KBY; I will be happy to answer you.

… regardless of the above, the main reason that answers your question is that, on certain occasions, I use the hedging strategy in the operative; that is to say that the position that is generating that deep bar is accompanied by a position in the opposite direction; this is why the fall in that position does not influence KBY’s equity.

Excuse me for forgetting to mention this root cause in response to your question.
Sincerely. 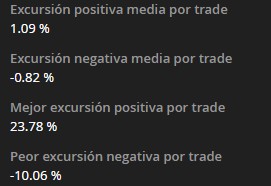 We are about to close a new month, and we return to repeat results with two positive digits in equity. The algorithm, despite the extreme volatility - rarely seen - continues to react positively, “reading” the fractals correctly. The profit to date of more than 18%, does not correspond to the figure expected by me, and has been due to the -said- volatility that has been reflected in equity.

However, my biggest concern these weeks has been controlling risk due to high volatility. The KBY strategy works with an average D-Leverage between 4-6, which has shot up to the 9.5 level. In the first week of March, seeing the increase in volatility and to control the increase in risk derived from the global pandemic situation, I had to reduce leverage considerably to operating minimums. For this reason, and despite such extreme volatility, as you can see, the manager has not had to make any risk adjustments. 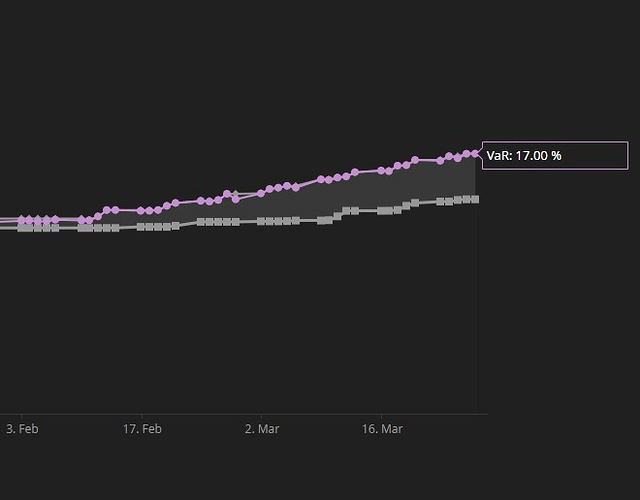 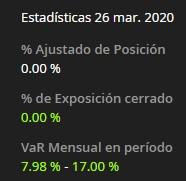 And the DD curve has been controlled very satisfactorily 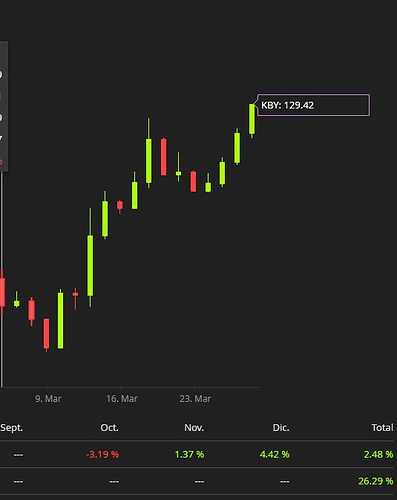 For the rest, I am still cautious for the next month and I will adapt the risk to the volatile situation in the markets. You must take into account -from the trader’s point of view- that these days are being extremely complex in the operation and -in my case- a probable increase / maintenance of the risk level will be due exclusively to the extreme volatility that we are enduring.

Greetings to all and Good Luck. Take good care of yourselves, please.

regardless of the above, the main reason that answers your question is that, on certain occasions, I use the hedging strategy in the operative

Hedging…uhh…interesting…I don’t know what to say, except good luck.

Thank you very much Forexintradiadarwin. Let’s say nothing, let’s see what the statistics tell us … day by day. Kind regards and now to take care of yourself.

Your progression is looking really good. What do you trade with? Have you done backtesting of your strategy?

I usually use 2 to 5 assets, but mainly I operate with EURUSD-GBPUSD and thirdly USDCHF; It is variable according to the maximum leverage that I have established.

As for your last question, I do have backtesting of the KBY strategy, but honestly, I do not have it as something definitive, since my strategy is based on geometric algorithms, so it does not make much sense to provide the information that they offer. backtesting since I don’t have to parameterize any indicator. However, I do use projections and simulations under certain volatility circumstances; which is the specially relevant data in this type of algorithms. The result of those projections is what I offer as a goal in the KBY presentation.

Thank you very much for your questions and for visiting Kybalión (KBY). Greetings and take care.

Hello everyone for another month.

During the first weeks of April we have seen the market landscape change with a
volatility decrease (VIX 2 weeks) in GBP from 3.25 to 0.75 and in EUR from 2.37 to 0.68; Along with this, almost 3 weeks of lateral movement, both factors that usually do a lot of damage to the profit curves.

KBY has performed satisfactorily, launching few operations and stoically enduring this market movement where many unnecessary entries usually occur. Some operations have been executed in both currencies with a net result in the first weeks of -2.93% week, a result that has been made up during the last week where there was an increase in volatility and a little more trend; being able to close with a meager almost 1% in green … which brings us to the third consecutive month in profits.

See the EURUSD chart for the month.

Given the change in outlook, we have reacted by adjusting the risk again and taking advantage to include two more assets, the EURAUD and the AUDUSD; thus, with 4 assets operating, it has not been necessary to use a Hedging strategy for a correct risk adjustment. As you can see it has returned to normal levels after the volatility decline.

The D-Leverage is already at 5.40. The stability of the risk has risen again to levels close to 8 and without any intervention by the Risk Manager.

At the conclusion of this month, a satisfying feeling; not so much for the result but for the correct reading that the algorithm of the market situation has made. Kybalion is an algorithm,
-as it is showing- that it has been designed so that operations are minimized in lateral periods, or even go out of the market and take advantage of trend times.
As you can see, the DD in the first three weeks, has been very low (-2.87%) despite the length of the period. Only during the last week we have seen an increase in profit according to the increase in activity in the market with a partial of + 3.33% as soon as some trend appeared. 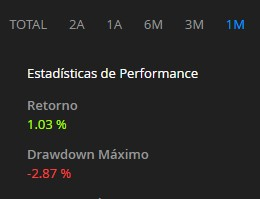 Last April 1, KBY had YOUR FIRST INVESTOR !!!. Sooner than expected, we have had the honor of receiving our first investor, which fills us with satisfaction and at the same time translates into great responsibility. Thank you very much for trusting in this management.
Do not doubt that we work hard for the preservation of capital. You already know that the benefits depend on the market; risk management is chosen by us.

To finish, do not hesitate to ask me about any aspect you want to know regarding the KBY strategy and its underlying algorithm, for this I also write in this forum. I believe that transparency in information is mandatory if investors are to be able to trust it.

Much Alpha for everyone and take care, please.

Good luck with this adventure, @Hermes999. We are soldiers of the same army.